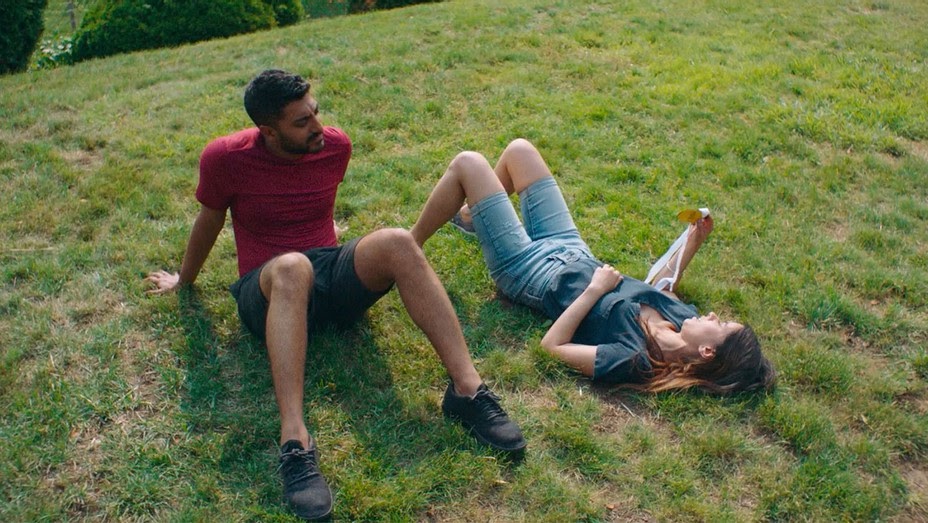 The Scripps National Spelling Bee is a goldmine for successful American South Asians. Many go on to become lawyers, doctors, and engineers— all classic career choices for those who want to avoid disappointing their parents. But what happens when a spelling bee champion just ends up totally average? This is the premise for Sujata Day’s debut feature film Definition Please.
Fifteen years after winning it all with the word “opsimath”, the now-adult Monica Chowdry (Sujata Day) still lives at home... 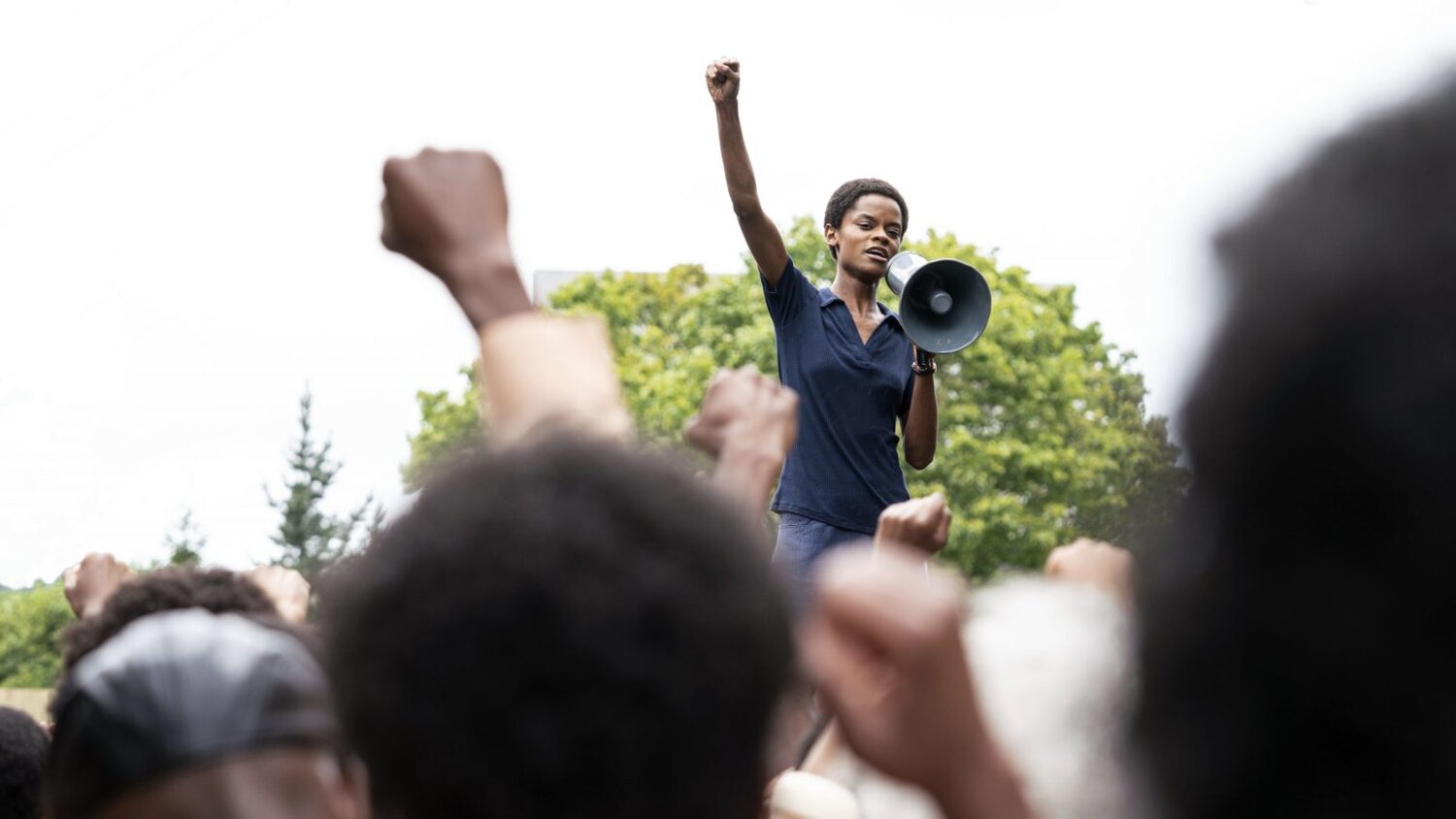 ‘If you are a big tree, we are a small axe.’ is a West Indian proverb popularised by Bob Marley. Steve McQueen’s Small Axe takes this saying as the thesis of the anthology series, exploring the history of Black West Indians in the United Kingdom. Following the Second World War, there was a huge migration of Caribbean people to Britain in order to fulfil labour shortages, the first coming on the ship, Empire Windrush. These West Indian arrivals throughout the 1950s-1970s became known as the Wi... 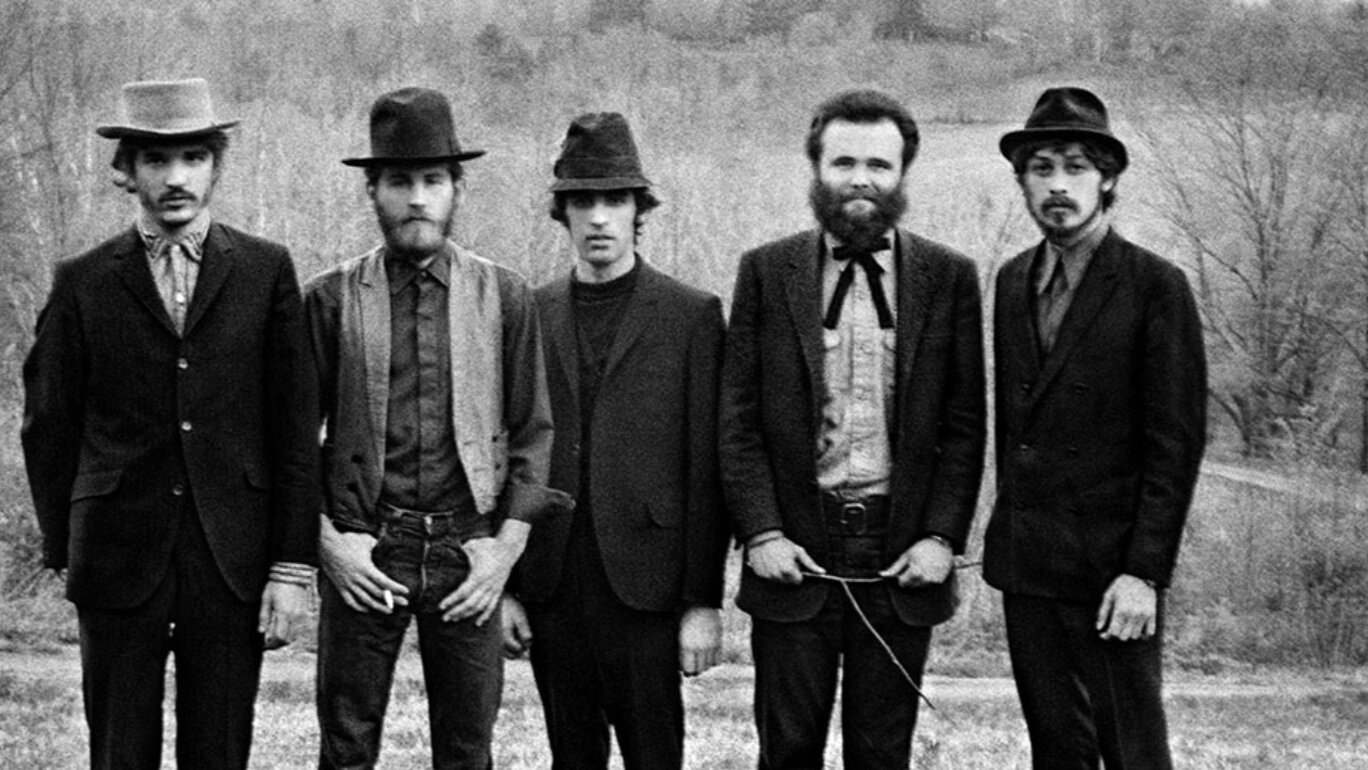 Brothers No More: Charting the Friendships of The Band Through Film

As the quintessential Americana group during the height of rock and roll, brotherhood was the soul of The Band. Consisting of four Canadians and a man from Arkansas, The Band (Robbie Robertson, Rick Danko, Garth Hudson, Richard Manuel, Levon Helm) first came to be as The Hawks, the backing band to rockabilly legend Ronnie Hawkins. They reached prominence on Bob Dylan’s electric tour and officially named themselves The Band. After releasing a few studio albums, they decided to part ways after ... 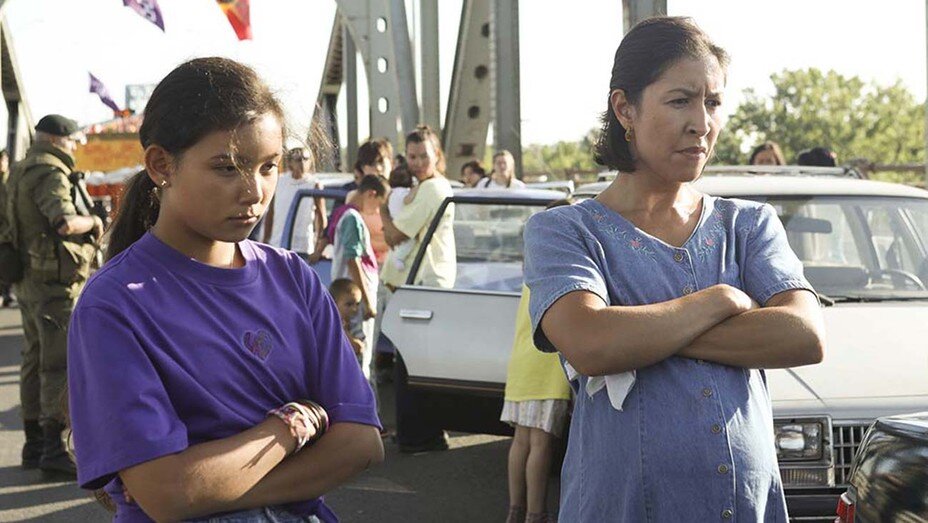 Tracey Deer’s debut feature film Beans, inspired by true events and the director’s own experiences, is a wonderful coming-of-age movie set against the backdrop of the 1990 Oka Crisis. For those unfamiliar, the Oka Crisis was the first well-publicised clash between First Nations and the Canadian Government. A violation of land claims, a golf course was built in Oka, Quebec, on disputed Mohawk land and was to be expanded into a Mohawk burial ground, resulting in protests from Mohawk land defend... 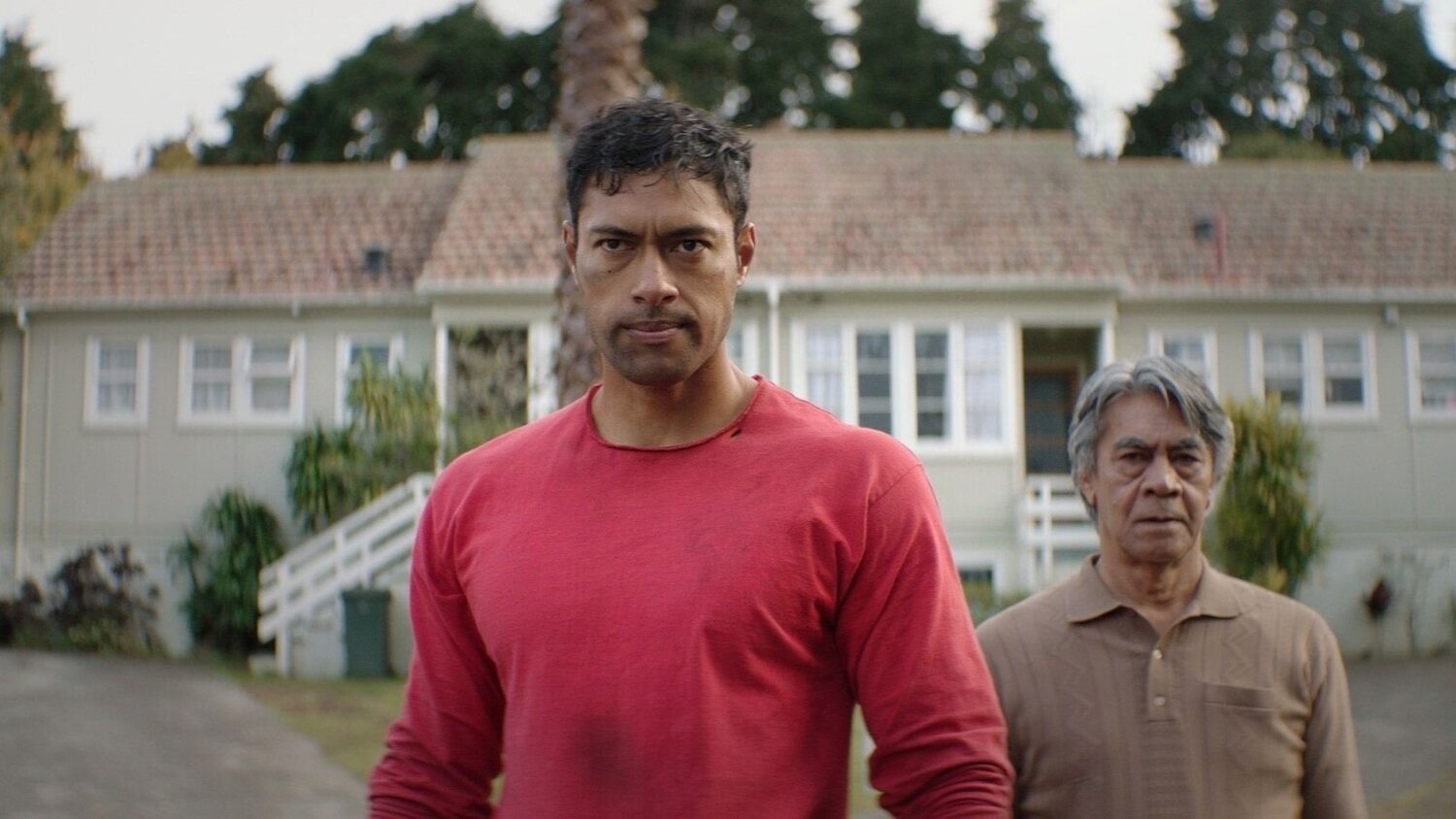 The Legend of Baron To’a follows Fritz (Uli Latukefu), the son of the late legendary professional wrestler Baron To’a (John Tui). Fritz is a Tongan entrepreneur living in Australia but returns to his old neighbourhood in New Zealand to sell the family home. In Fritz’s absence, a ruthless gang called the Pig Hunters have taken over the cul-de-sac, harassing the other homeowners and generally wreaking havoc. Their worst offence? Stealing the championship belt of Baron To’a. Fritz’s Uncle Otto (... 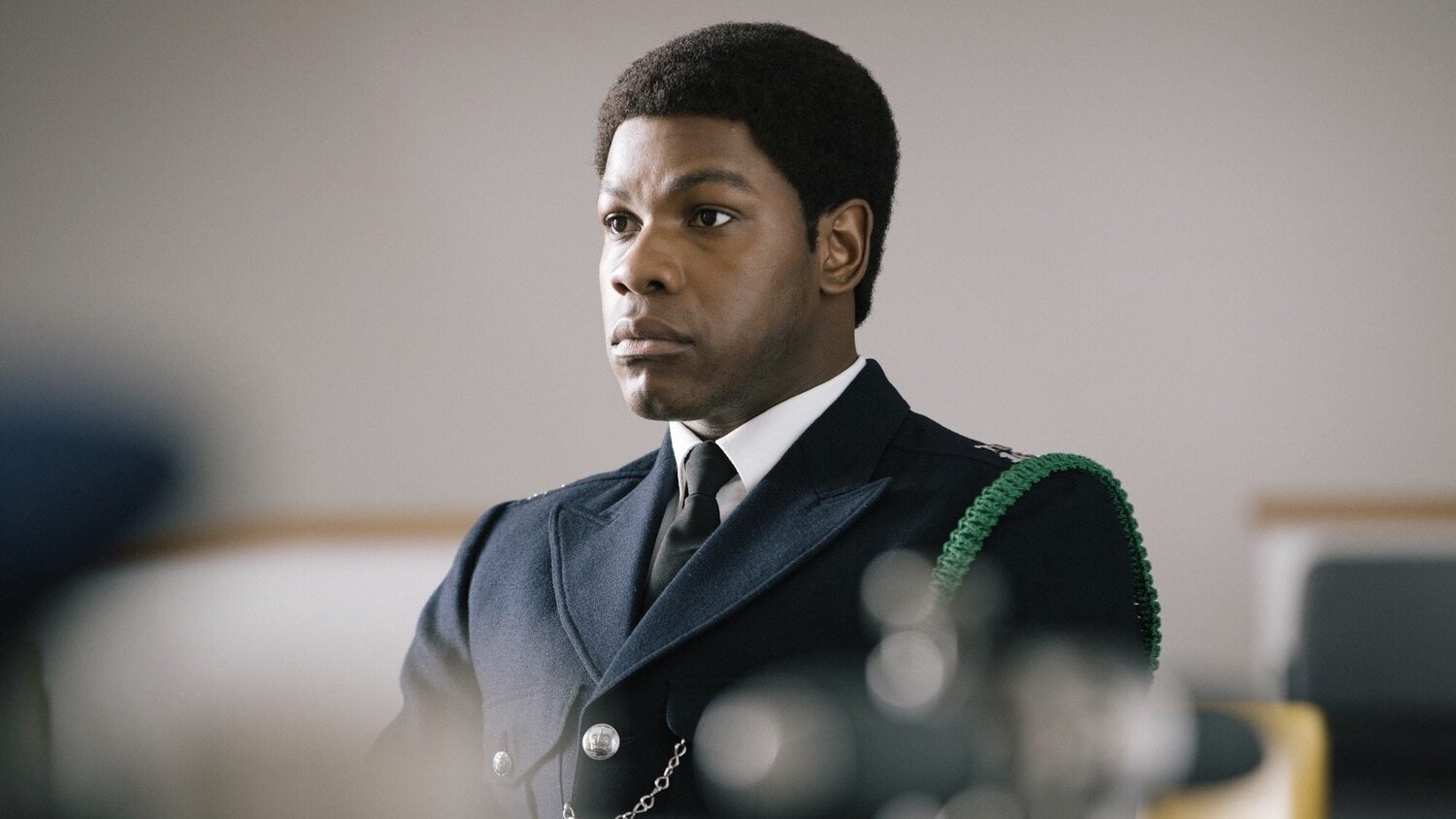 Red, White and Blue is the third and final Small Axe instalment premiering at the 58th New York Film Festival, with two more films coming to round out Steve McQueen’s anthology series. Red, White and Blue returns to Small Axe’s themes of resistance in London’s West Indian community, a people always ready to fight back because “if you are the big tree, we are a small axe”. John Boyega stars as Leroy Logan, a forensic scientist who, albeit naively, decides to join the Metropolitan Police in an ... 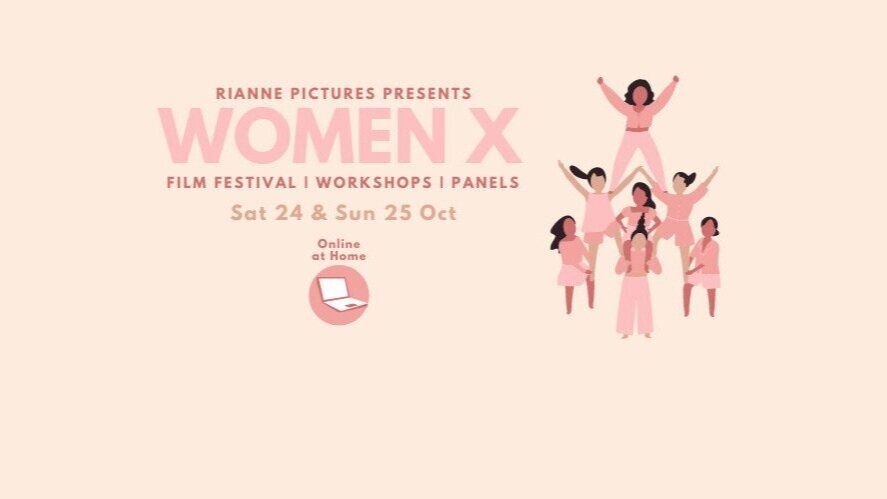 Women X – A Look at Digital Festivals and Accessibility

As anyone in the world should be aware of by now, the COVID-19 pandemic has affected countless events and the film industry is no different. Instead of pursuing cinema releases, many films have shifted to a digital format or have decided to delay their release until the virus somehow calms down. Film festivals have also been affected. Many have been cancelled or postponed, some have tried a hybrid format of mixing in-person and online screenings, and others have gone entirely digital.
Of cour... 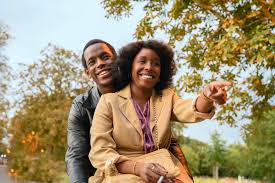 Lovers Rock, part of Steve McQueen’s Small Axe anthology, is one of its lighter entries and one of McQueen’s lightest films overall. The film is the only one in Small Axe that is entirely fictional – the rest are based on true events. Lovers Rock follows two dancers as they fall for each other at a Blues house party in the 1980s. The plot is both a slow burn and meandering, the audience reduced to flies on the walls of the Victorian house as they watch a tiny slice of Afro-Caribbean culture. 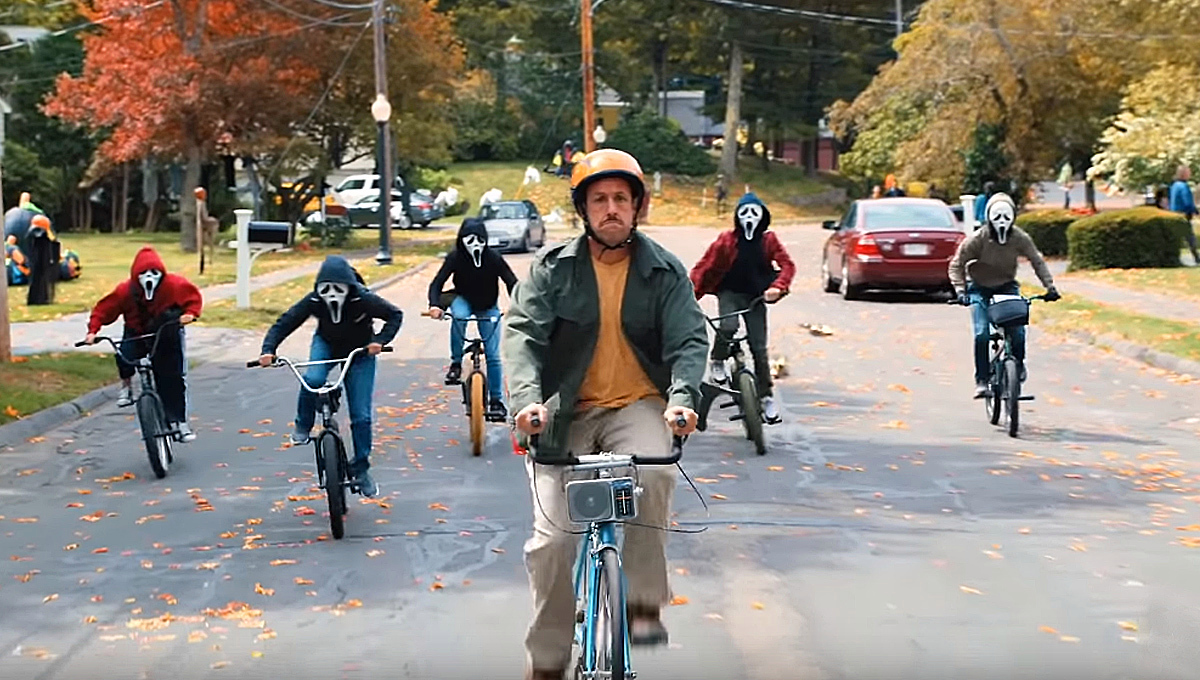 After Adam Sandler was snubbed out of a Best Actor nomination for Uncut Gems at the 92nd Academy Awards, he jokingly promised on the Howard Stern Show that he would make “the worst movie ever” as revenge. Many think that Hubie Halloween is Sandler’s delivered promise, but they’re wrong. Not only was Hubie Halloween filmed in summer 2019, but it’s actually pretty decent. Obviously, people who already don’t like Adam Sandler are going to hate Hubie Halloween out of principle, but those who love and admire the Sandman are going to enjoy themselves. 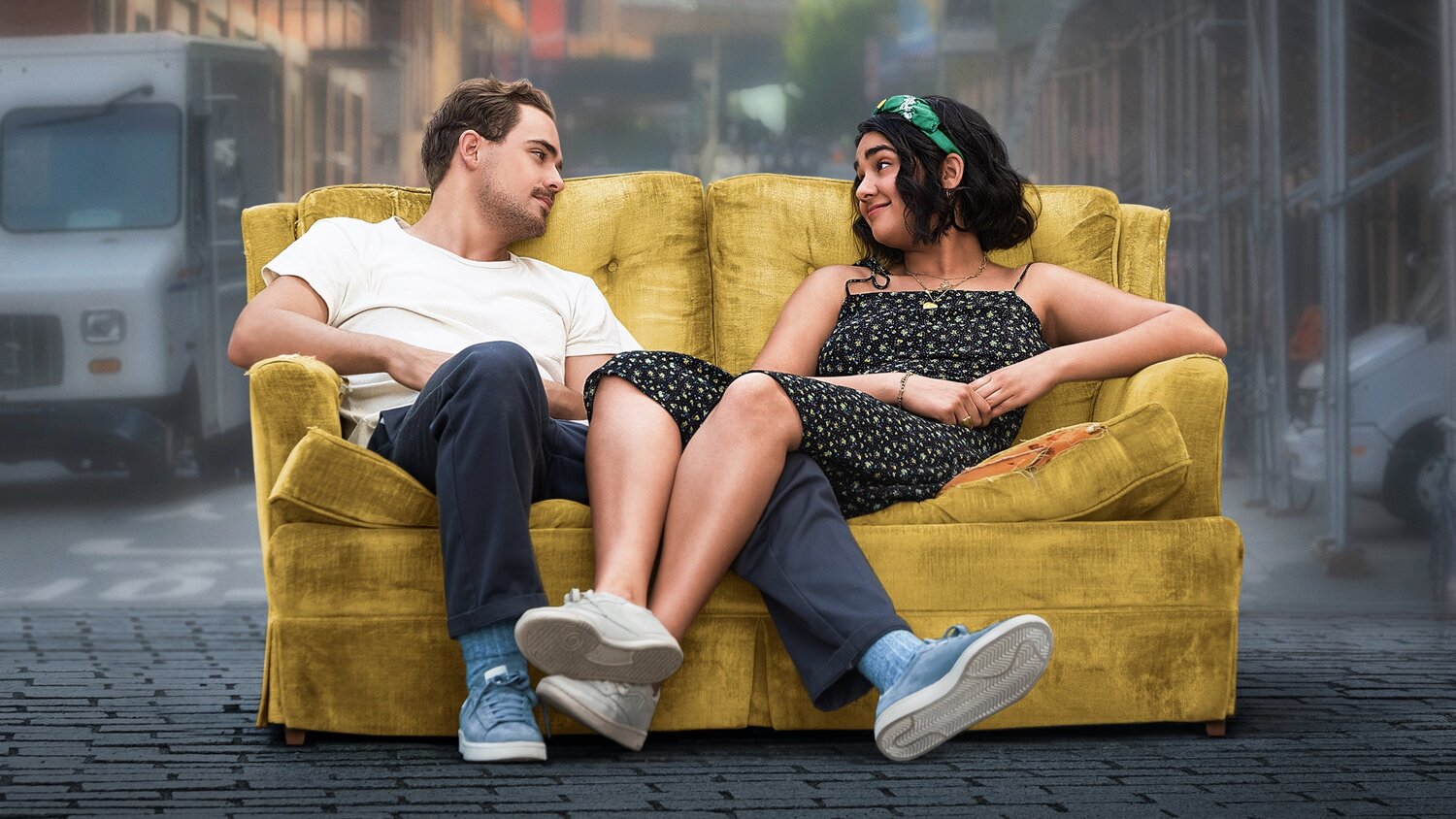 In The Broken Hearts Gallery, Lucy (Geraldine Viswanathan) works as a gallery assistant, and also happens to be kind-of-sort-of dating her boss, Max (Utkarsh Ambudkar). After a cringeworthy breakup and also getting fired, Lucy mistakes Nick’s (Dacre Montgomery) car for a Lyft – cue the meet-cute. Naturally, Lucy and Nick run into each again and soon begin working together. Nick is working on building a boutique hotel; Lucy decides to help him out in exchange for gallery space. Every rom-com h... 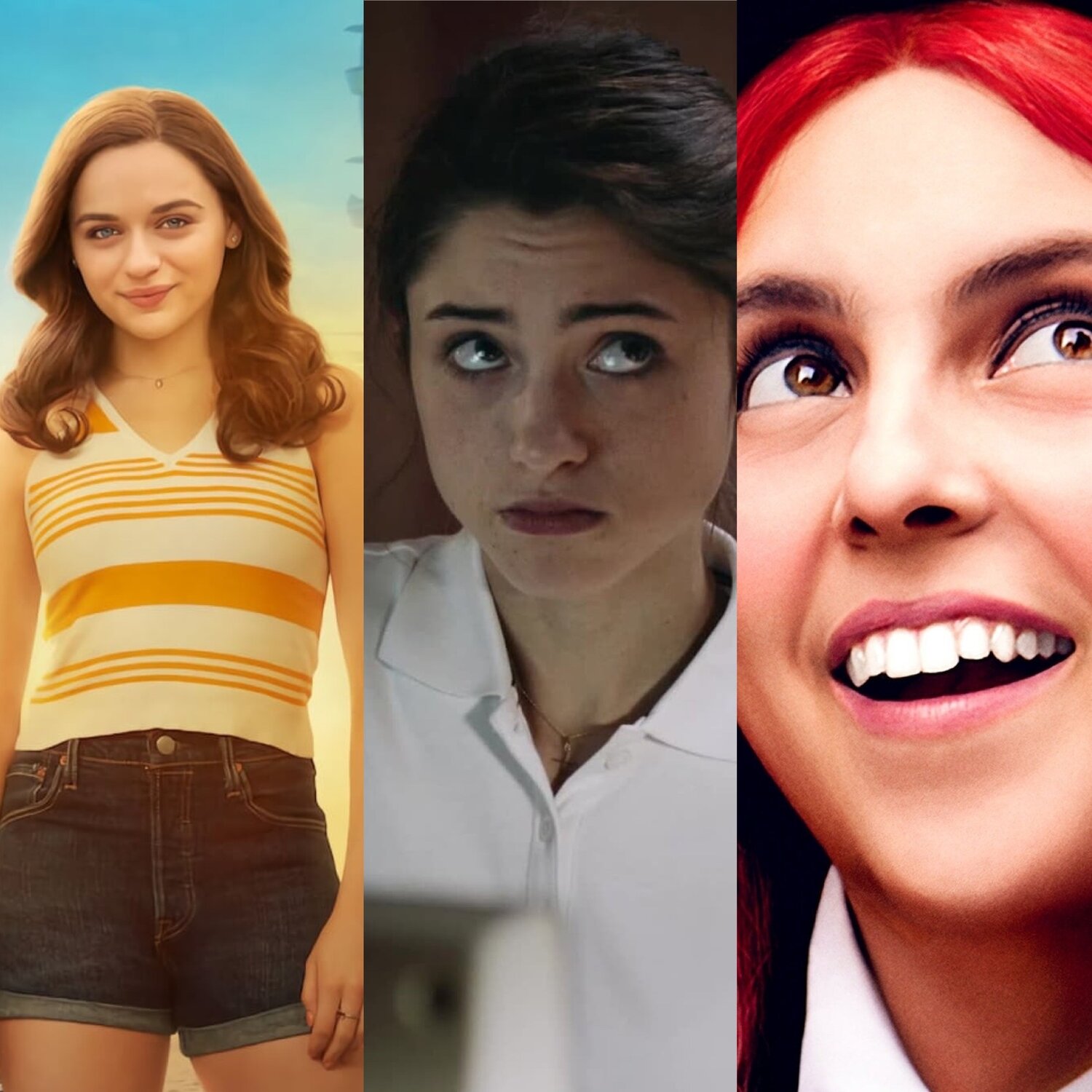 ClapperCast - Episode 12: The Kissing Booth 2, Yes God Yes, How to Build a Girl

Hosted by CLAPPER editor-in-chief Jak-Luke Sharp, alongside a rotating roundtable of diverse and marginalised writers from all over the world, ClapperCast features in-depth debates and discussions of the latest festivals, wide releases, news, interviews, and other happenings in the film world.
Each episode of ClapperCast highlights three centrepiece films or filmmakers who we believe deserve to be discussed in a virtual roundtable where we discuss the film itself as well as its broader impact... 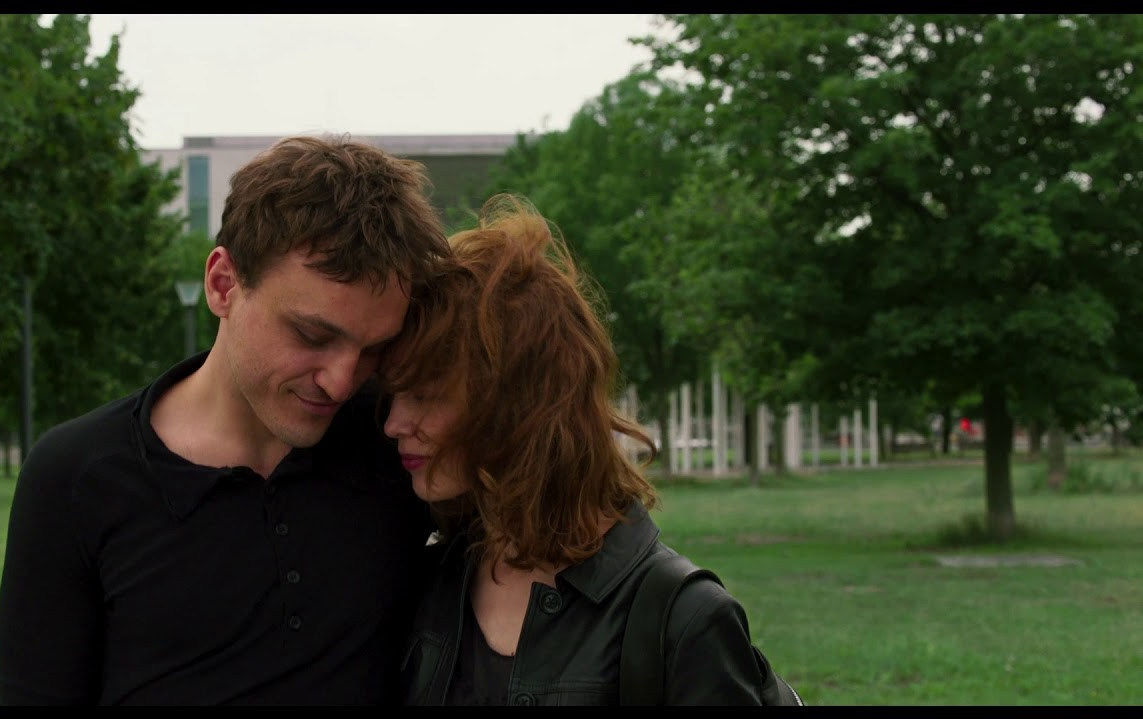 60/100
Director Christian Petzold brings Paula Beer and Franz Rogowski together again for his latest feature Undine, a love story tinged with European mythology. The film opens on a bitter note, Johannes (Jacob Matschenz) brings Undine (Paula Beer) to their regular date spot, a cafe outside the Berlin City Museum-to break up with her. She tells him that she’ll have to kill him. While subtly shown in the film, the title gives Undine’s true presence away. She is an undine, a type of water nymph... 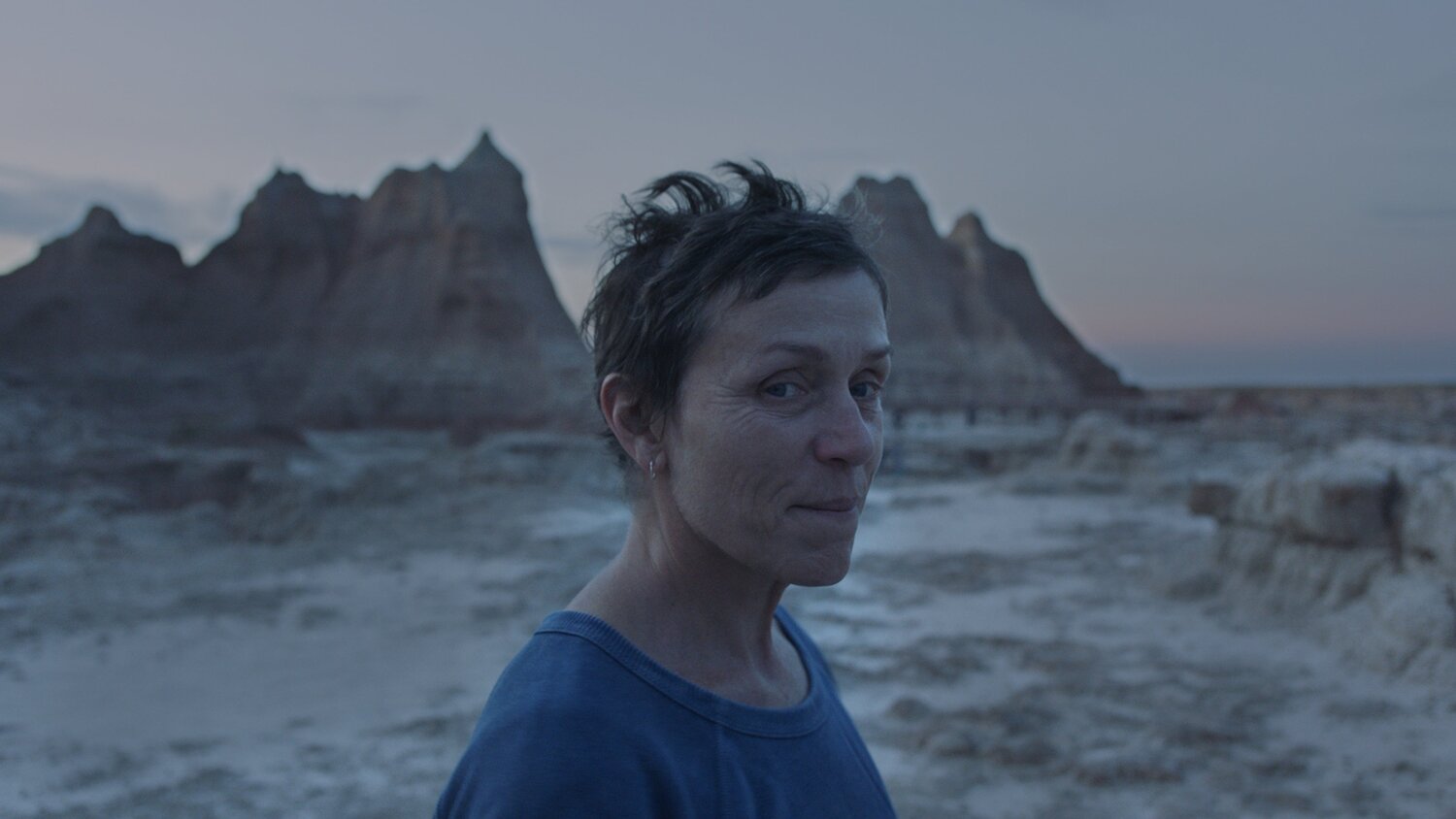 Van life has become a popular way of travelling among millennials and Gen Z. Instead of struggling to find a job and pay an outrageous amount of rent, many young people choose to convert old vans and live out of them. They work seasonal jobs or create an online presence. Van life offers freedom, both financially and spiritually. Your home is anywhere and everywhere, you’re free to go where you please. Chloé Zhao’s latest film Nomadland explores van life for a different age demographic, van li...